What are yellow jackets?

Yellow jackets are small stinging insects, similar to wasps in appearance but with black heads and a distinctive black and yellow pattern across their abdomens. Adult yellow jackets are about 3/8-5/8 of an inch in length, have six legs, and two segmented antennae. They have lance-like stingers with small barbs on them and are capable of stinging their victims multiple times in quick succession. Beyond their distinctive appearance, yellow jackets can be identified by their characteristic side-to-side flight pattern they make prior to landing on any surface. 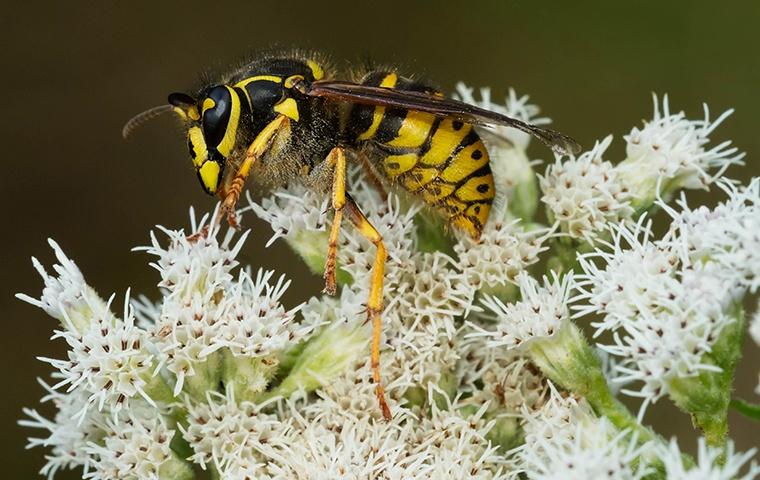 Where will I find yellow jackets?

Yellow jackets are social insects that live and work together in nests that are well-concealed, often built underground. These colonies can become very large, sometimes having more than 4,000 workers associated with a single colony. Yellow jackets are found in homes and yards across the United States.

Like other stinging insects, yellow jackets are fiercely territorial and will deliver painful stings to any people or animals they feel threatened by. The venom from a yellow jacket’s sting can trigger severe allergic reactions in certain individuals, which can lead to serious health problems and require immediate medical attention.

Why do I have a yellow jacket problem?

Yellow jacket colonies reach their peak numbers in the late summer and early fall. They are often attracted to sweets and protein-based foods, which can attract them to homes as well as outdoor gatherings such as festivals, picnics, and barbecues.

While they will often build outdoor nests underground, when they get inside homes they will build nests under eaves, behind wall voids, and in attics. Indoor yellow jacket infestations can lead to numerous and severe stings for people unfortunate enough to be living inside.

How do I get rid of yellow jackets?

Due to the health hazards and pain that their stings provide, it is recommended that the average homeowner not try to handle their yellow jacket problems on their own. Instead, we recommend enlisting a professional pest control company for help. If your lawn has been colonized by yellow jackets, don’t try to take them on alone: contact the professionals at Pestmaster® Services and find out how our expert stinging insect elimination programs can help you take back your yard.